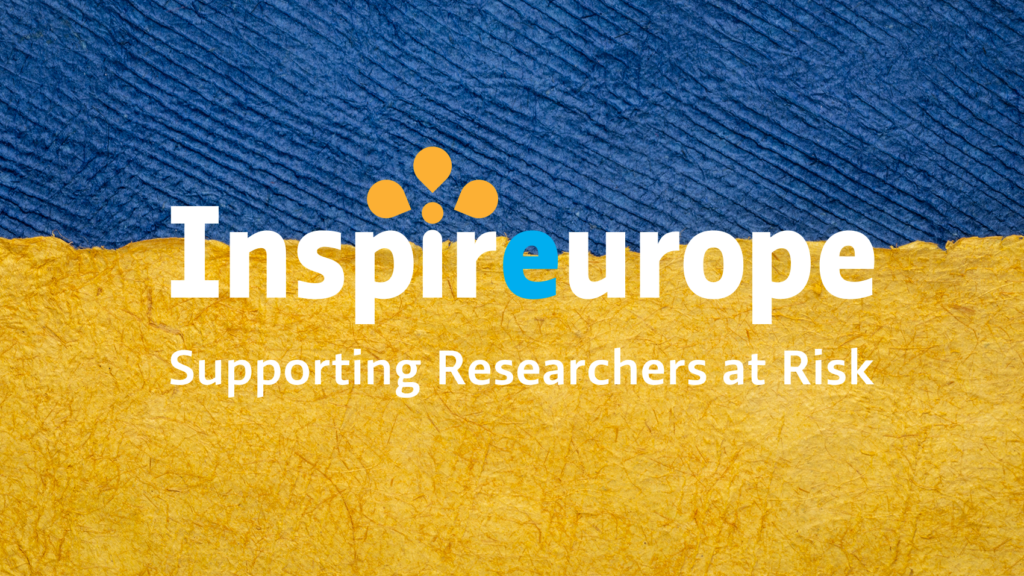 The Inspireurope partners stand in solidarity with the people of Ukraine. We add our voices to those of the many researchers, scholars, students and civil society actors in Ukraine, as well as those in Russia, who strongly condemn the Russian Federation’s acts of violence and aggression.

While the need for urgent humanitarian assistance and protection extends across vast sectors of the Ukrainian population, Inspireurope’s call to European governments and EU institutions focuses on concrete measures to protect the future of Ukraine’s higher education, by keeping Ukraine’s scholars and students active in research and education during a period of enforced exile. Several organisations within the Inspireurope alliance provide direct assistance to researchers, scholars, scientists and other civil society actors facing threats to their lives, liberty, and research careers. In the past days, we have begun to receive appeals from researchers, scholars, and students in Ukraine, all seeking pathways to safety. While it is difficult to predict the scale of the need that lies ahead, we expect it will be significant. Our organisations will work with higher education institutions in Europe and around the world to arrange as many positions as we can for scholars from Ukraine, and for opponents of Russia’s invasion of Ukraine, to enable them to continue their important work in safety, until such time as a safe return is possible.

With authoritarian governments growing in number and actively working to restrict the space for civil society and the free exercise of human rights, including academic freedom, the demand for our organisations’ services has never been greater. Appeals from Ukraine arrive on top of unprecedented numbers of requests for help from scholars in Afghanistan following the return of the Taliban to power; while requests from scholars in Ethiopia, Yemen, and Myanmar are also on the rise. European higher education institutions have shown their readiness time and again to support scholars and students in need of urgent assistance, and our organisations will work hand in hand with them to support scholars and students from Ukraine and elsewhere. But we cannot do it alone.

In light of the rapidly deteriorating situation in Ukraine, the Inspireurope partners reiterate the urgent need for stronger European instruments to support researchers and academics at risk, in line with the European Union’s and its member states’ commitments to democracy and freedom. This need has been acknowledged by the EU in its Global Approach to Research and Innovation, and in its Communication on a European Strategy for Universities, in reference to the Rome 2020 Communiqué of Ministers of the European Higher Education Area.[1]
Specifically, Inspireurope renews its call on European governments and EU institutions to:

A number of the Inspireurope partners have extensive experience implementing fellowship programmes and other support initiatives in Europe for researchers at risk. We stand ready to advise and assist ministries, national agencies, higher education institutions and other stakeholders interested in establishing new initiatives to support researchers from Ukraine and elsewhere. We invite you to contact us at [email protected]

[1] See https://data.consilium.europa.eu/doc/document/ST-12301-2021-INIT/en/pdf, p. 8;
See communication-european-strategy-for-universities-graphic-version.pdf (europa.eu), p. 4, p.8;
See BFUG_Final_Draft_Rome_Communique-link.pdf (ehea2020rome.it)
Previous Post
Inviting Input to Inspireurope Policy Recommendations
Next Post
SAR Europe welcomes a new study on the EC’s annual Rule of Law reporting cycle
This website uses cookies to improve your experience. If you continue to use this site, you agree with it.