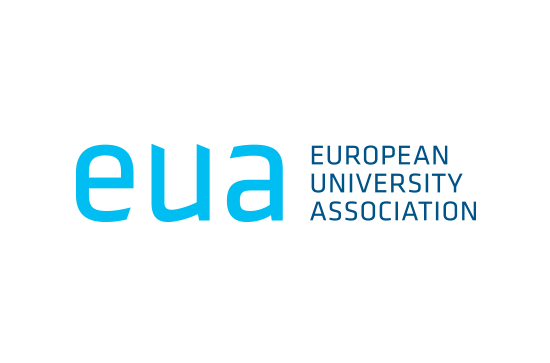 All hands on deck: delivering academic freedom for Europe

The important upsurge in statements of support for academic freedom at the intergovernmental level in Europe points to the urgent need for meaningful implementation. Civil society and higher education institutions need to work with governments and intergovernmental organisations to intensify efforts to operationalise academic freedom in Europe and beyond. Sinead O’Gorman, Director of Scholars at Risk Europe, outlines five ways this can be done.

Academic freedom is in the news. Recent declarations, resolutions and communiqués on academic freedom by the European Research Area, the Parliamentary Assembly of the Council of Europe (CoE), and the European Higher Education Area (EHEA) represent significant progress in strengthening protections for academic freedom, while a landmark decision by the Court of Justice of the European Union reinforces its relevance to  EU law. There is a common recognition of the need to act. A concerted implementation effort to deliver on the promise of academic freedom involving a broad range of actors—human rights and higher education communities working with governments and intergovernmental organisations across Europe—must be the next priority.

Professor Liviu Matei of the Central European University writes of “a crisis of academic freedom in the European Higher Education Area”. Indeed, the Scholars at Risk report “Free to Think 2020” shows that increased protection for academic freedom in Europe is certainly warranted. In the last year alone, Romania, Poland, Russia, Belarus and Turkey saw serious attacks on academic freedom. Legislative and administrative actions were a particular source of concern.

In Romania, the parliament approved an amendment to the national education law that, if upheld by the Constitutional Court, would impose a ban on gender studies across educational institutions in the country. In Poland, a draft free speech bill threatened to impose external pressure on teaching and disciplinary matters that would compromise academic freedom. In Hungary, the parliament transferred ownership of several public universities to a government-established foundation and handed over crucial decision-making powers to a new government-appointed board of trustees, generating intense opposition and street demonstrations. In Russia, the so-called “Foreign Agent Law” was expanded to include individuals who receive funding from abroad, deterring Russian scientists from taking part in research supported by cross-border funding and engaging with their international counterparts. In Belarus, the harassment, intimidation, detention, arrest, and expulsion of students and scholars shows no sign of abetting. Meanwhile in Turkey, following a four-year crackdown and massive purge of scholars, thousands of dismissed academics faced lengthy delays in appealing their dismissals and remain unable to work in academia. Such attacks harm not only the individuals and institutions targeted, they undermine entire higher education systems by impairing teaching, research and critical debate.

The upsurge in express support for academic freedom at the national and intergovernmental levels in Europe is important, but points to the urgent need for meaningful implementation. This requires civil society and the higher education sector to intensify their efforts to operationalise academic freedom in Europe and beyond. We can do this in several ways.

Second, the rich experience and advocacy tools of the human rights community must be brought to bear on the topic of academic freedom. This means giving clear support to courageous political efforts that aim to create consequences for those who flout human rights and democracy standards, including academic freedom. Ongoing efforts of the European rule of law mechanism to condition the disbursement of EU funds on respect for the rule of law – if such efforts can be meaningfully implemented –  could prove a valuable tool in deterring future academic freedom violations. We must now ensure that academic freedom advocates are heard in related national rule of law dialogues. We can also support NGO-led initiatives like the recent call by 60 NGOs for an EU anti-SLAPPs Directive, which pushes for EU rules to protect journalists and academics from abusive lawsuits that exert a chilling effect on critical debate.

Fourth, we must embed academic freedom in international higher education partnership agreements. The new Academic Freedom and Internationalisation Working Group in the UK has developed a Model Code of Conduct to encourage UK institutions to protect academic freedom when partnering with institutions in other parts of the world. Such efforts could be replicated in other countries.

Finally, we must continue to provide concrete support to scholars at the front lines of defending academic freedom. European higher education institutions are already at the forefront of global efforts to welcome at-risk scholars. We must now scale up this work throughout Europe, by encouraging more national assistance programmes like those in Germany, France and Finland; and supporting Inspireurope’s call for a dedicated EU fellowship for researchers at risk. This not only supports those facing serious threats but also highlights the crucial role of academics and researchers in democratic societies.

In the midst of the current pandemic, it is all too clear that free and independent research, and its wide dissemination, can save lives. The value of academic freedom to society has rarely been so plain for all to see. There has never been a better moment. We need all hands on deck to bridge the gaps between higher education and human rights, and to work together to deliver on the promise of academic freedom.

Previous Post
Call for Papers: Special Issue on Academic Freedom and Internationalisation
Next Post
SAR Europe Input into the NDICI programming for human rights and democracy 2021-2024
This website uses cookies to improve your experience. If you continue to use this site, you agree with it.