Call to Action in Support of Scholars and Students in Belarus 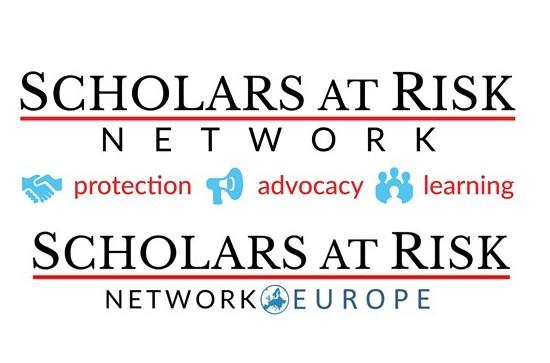 Scholars at Risk is deeply concerned about the harassment, intimidation, detention, fines, arrest, and expulsion of students and scholars in Belarus, in apparent retaliation for the nonviolent exercise of the right to freedom of expression and freedom of assembly, following peaceful protests in the aftermath of the country’s recent presidential elections.

The official results of the August 9 election had President Lukashenko, who first took office in 1994, winning re-election for a sixth term with more than 80% of the vote. The opposition candidate, Svetlana Tikhanovskaya, was forced to flee to Lithuania after receiving threats. Critics from inside Belarus, as well as international observers, immediately condemned the result, charging that the election was marked by widespread electoral fraud. Concerns about a fraudulent election triggered mass demonstrations, often led by university students, across the country. Scholars at Risk has reported several incidents (August 12, August 28, September 1, September 4, October 17, and October 26), in which police responded to protests with arrests and violent force. Other organizations, including the Belarusian Students’ Association. The Office of the UN High Commissioner for Human Rights estimates, that to date, more than 25,000 people have been detained.

SAR expresses solidarity with the students, scholars, and staff of Belarusian higher education institutions, who continue to suffer targeted and broad-based attacks, and calls on Belarusian authorities to uphold commitments to protect the rights to freedom of peaceful assembly and association, as expressly protected by international human rights instruments including the Universal Declaration of Human Rights and the International Covenant on Civil and Political Rights, to which Belarus is a party. In addition, all Bologna Process members, including Belarus, committed in the 2018 Paris Communiqué to protecting and promoting the fundamental values of the European Higher Education Area, including academic freedom and integrity and institutional autonomy. SAR supports and echoes the joint statement by the European University Association (EUA) and the European Students’ Union (ESU) that “these commitments cannot be just empty words – they must be followed by action”.

SAR calls on state authorities and higher education leaders in Belarus to:

SAR calls on the international community, in particular, the OSCE and its participating States the European Union and its Member States, and the Ministers of the European Higher Education Area to:

SAR calls on the international higher education community to:

Previous Post
Scholars at Risk welcomes European Court of Justice ruling in Commission v Hungary (‘lex CEU’)
Next Post
Urgent Action to halt execution and release disaster medicine scholar Ahmadreza Djalali
This website uses cookies to improve your experience. If you continue to use this site, you agree with it.