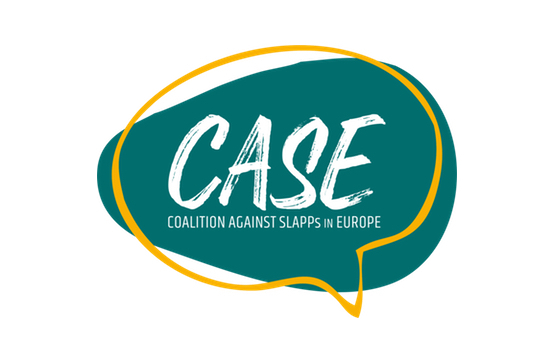 SAR Europe joins 103 civil society organisations calling on the Council of Europe to act urgently on the growing threat of Strategic Lawsuits Against Public Participation (SLAPPs).

SLAPPs are abusive lawsuits filed by powerful individuals and companies as a means of silencing critical expression (e.g. journalism, peaceful protest or whistleblowing). They typically use long and costly legal procedures, or the threat thereof, to intimidate and harass critics into silence.

As the statement below explains, the problem of SLAPP suits is growing in Europe. The EU has promised action, but the scope of its effort remains unclear, and SLAPPs are a problem across the continent. The Council of Europe is well-equipped to take action, by issuing a recommendation to its member states with clear guidance on measures needed in national law and practice to discourage SLAPPs.

This statement was originally published on the website of the Coalition Against Slapps in Europe (CASE).

The undersigned groups, representing a range of different public watchdogs (including journalists, activists, NGOs, lawyers, trade unions, workers’ representatives, scholars and whistleblowers), call on the Council of Europe (CoE) to act on the growing threat of Strategic Lawsuits Against Public Participation (SLAPPs).

SLAPPs are abusive lawsuits filed by powerful individuals and companies as a means of silencing critical expression (e.g. journalism, peaceful protest or whistleblowing). They typically use long and costly legal procedures, or the threat thereof, to intimidate and harass critics into silence.

A growing body of evidence – including from ECPMF, Greenpeace EU, and Index on Censorship – shows a rise in the use of SLAPPs across the continent, and highlights the devastating impact such abusive tactics can have on public watchdogs.

The EU has recognised the problem and is exploring steps to address it. At present, however, no dedicated European human rights standards exist to guide the EU in enacting anti-SLAPP measures. SLAPPs are also a major problem in many European states that are not EU members.

The CoE has already spoken out against SLAPPs in the context of issues such as defamation. However, its statements consist of brief references in existing policy documents that do not add up to a coherent set of guidelines on how national law and practice should prevent SLAPPs.

The European Court of Human Rights (ECtHR) has dealt with the issue indirectly on a number of occasions. These cases point to a requirement under the European Convention on Human Rights for governments to deter SLAPPs and support those targeted, as part of States’ duty to enable free speech and create a favourable environment for participation in public debate by all.

Despite the growth in SLAPPs, no specific anti-SLAPP laws exist in Europe, and safeguards against procedural abuse are often limited. It falls to the CoE to address this gap and guide its members to ensure the full and consistent application of the principles advanced by the ECtHR.

Urgent action is needed. Given the scale and nature of the problem, we are asking the CoE to act at the earliest possible opportunity.

In particular, a self-standing recommendation should be issued with clear guidance on measures needed to discourage SLAPPs and dismiss them at an early stage, to sanction those who use SLAPPs or threaten to do so, and to provide financial and legal support to those targeted by SLAPPs. It should also give guidance on how to prevent the use of forum shopping, whereby cases are brought in jurisdictions that maximise the cost and inconvenience for the defendant.

This recommendation would be of huge importance in positively influencing laws and policies across CoE member states, as well as shaping EU anti-SLAPP legislation. The case for a CoE recommendation is set out in more detail in the CASE SLAPP long MEMO .

Arena for Journalism in Europe

Centre for Law and Democracy

International Federation of Human Rights (FIDH), in the framework of the Observatory for the Protection of

European Association of Lawyers for Democracy and World Human Rights

Guardian News and Media Limited (as publishers of the Guardian, the Observer and theguardian.com)

World Organisation Against Torture (OMCT), in the framework of the Observatory for the Protection of Human

Friends of the Earth Europe

AJK – The Association of Journalists of Kosovo

Friends of the Earth Netherlands / Milieudefensie

Previous Post
SAR Europe Submission to EC Consultation on the rule of law
Next Post
SAR Europe joins civil society call for the immediate operationalisation of HRC’s new mandate on Belarus
This website uses cookies to improve your experience. If you continue to use this site, you agree with it.